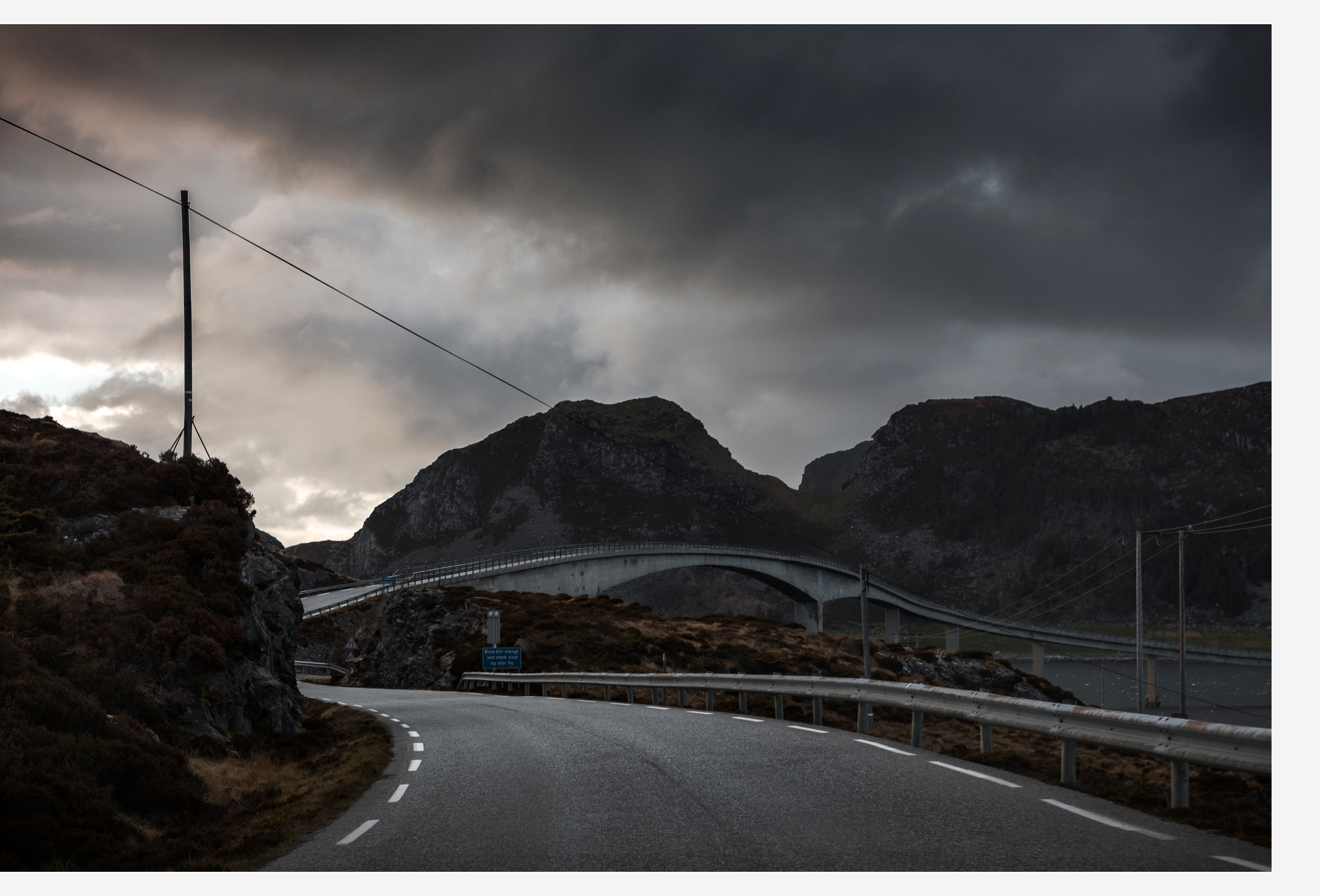 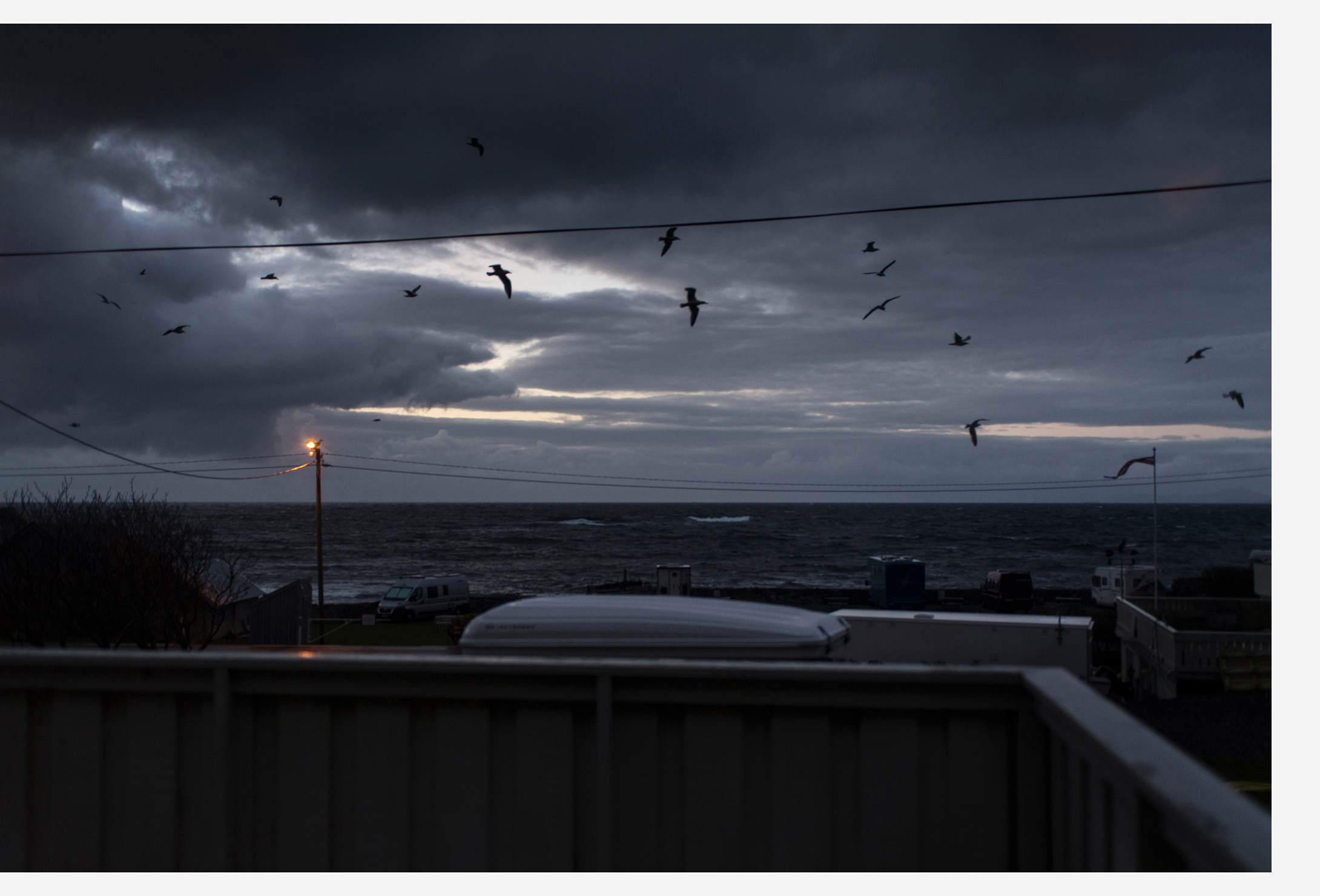 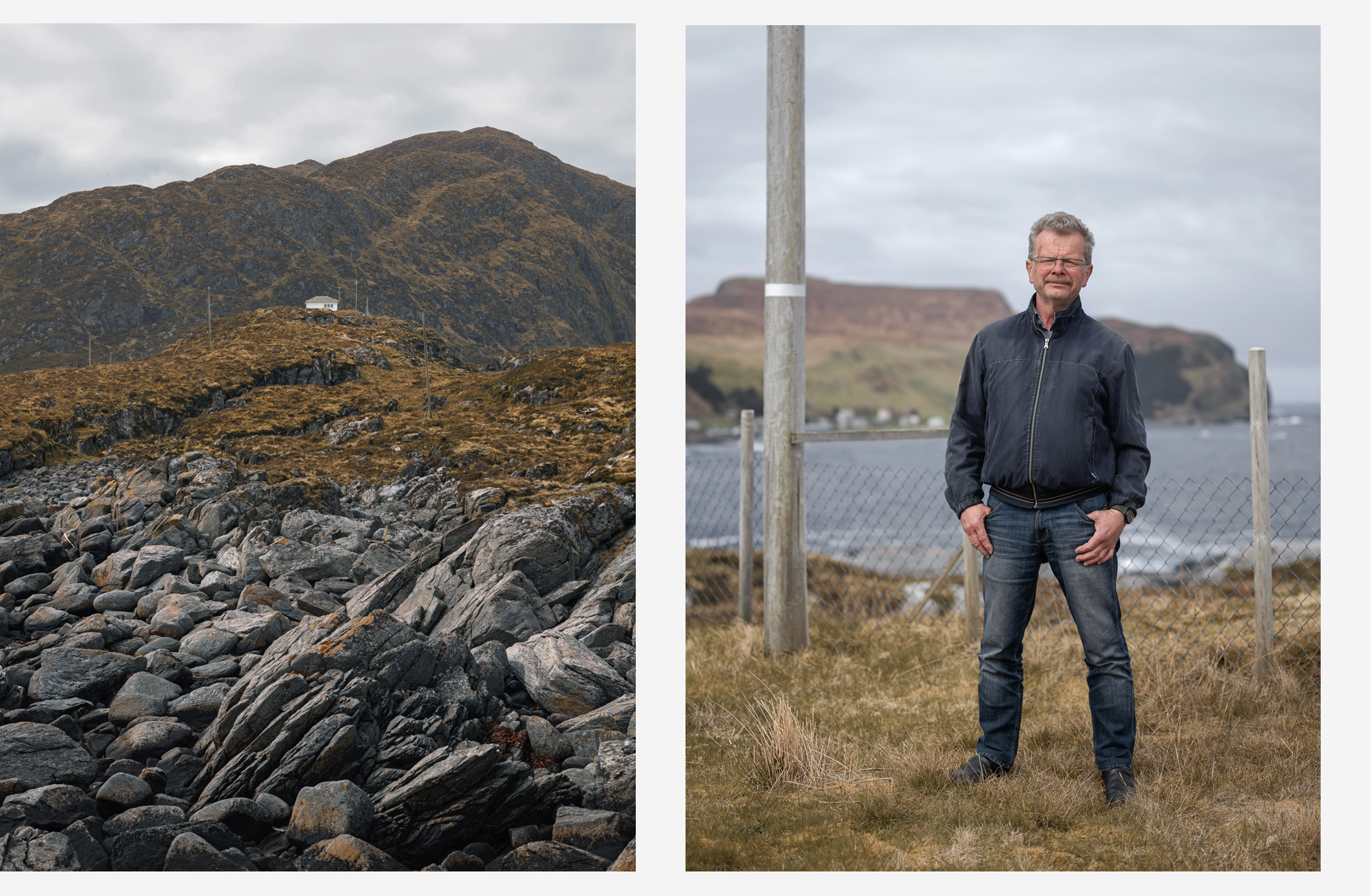 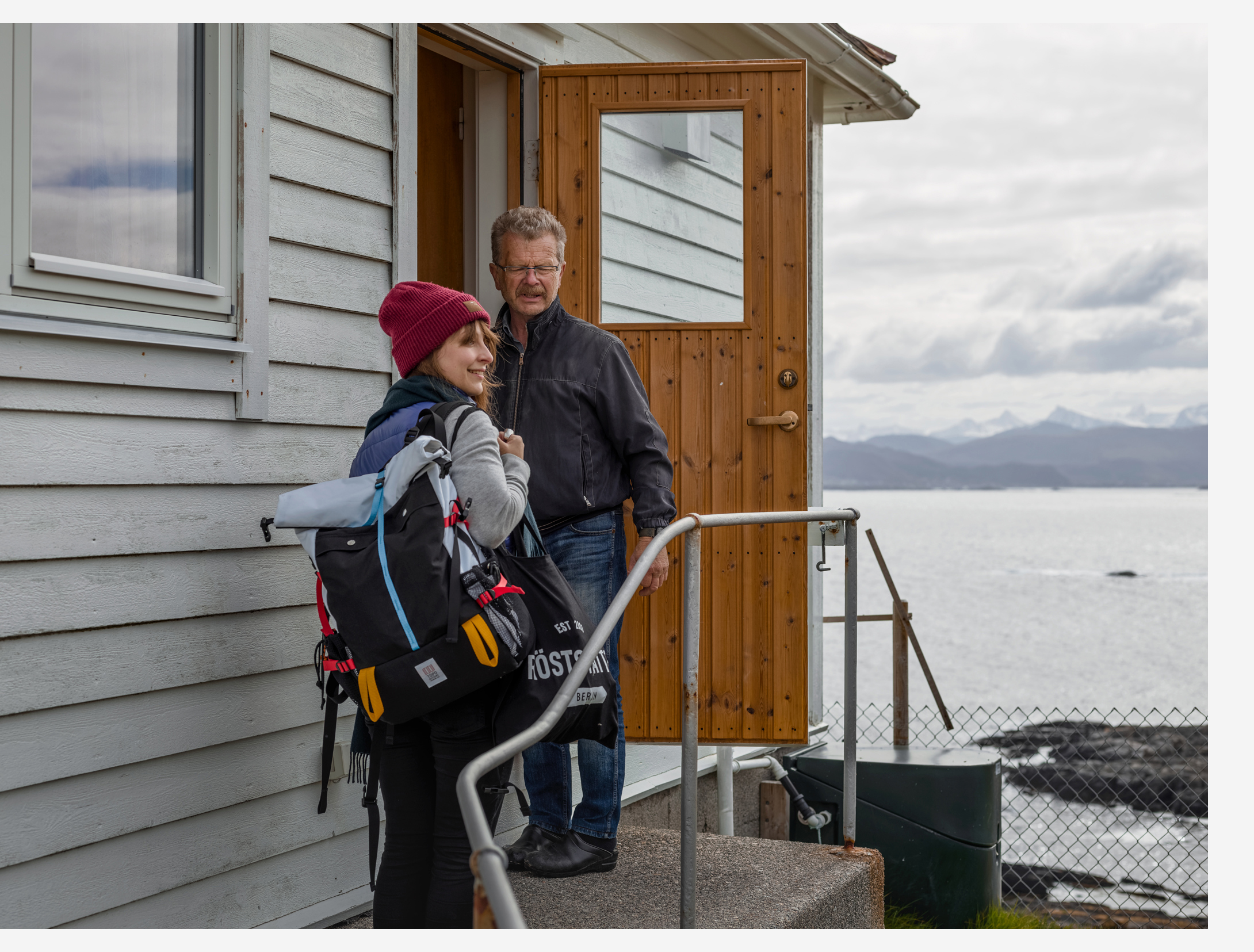 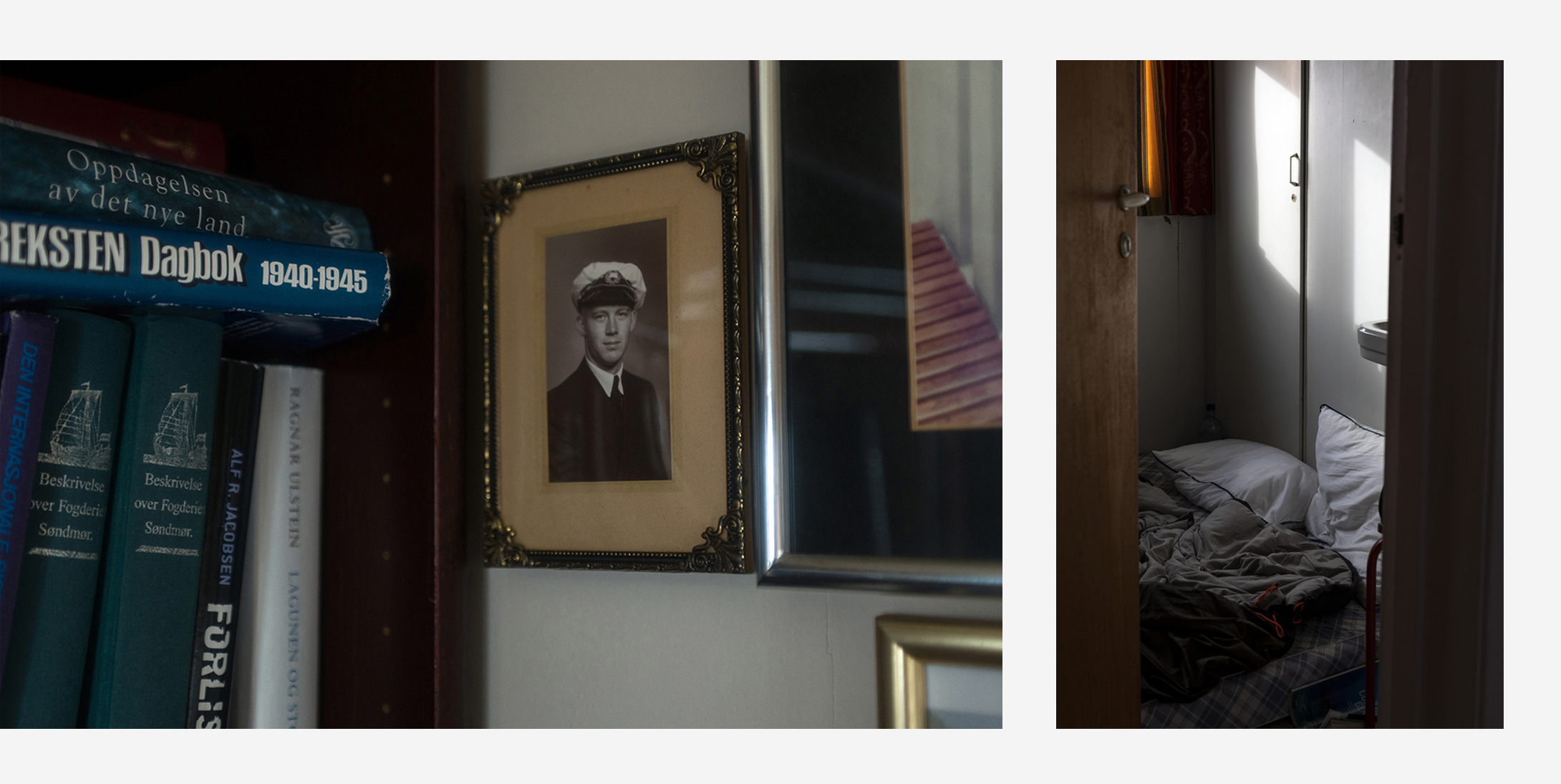 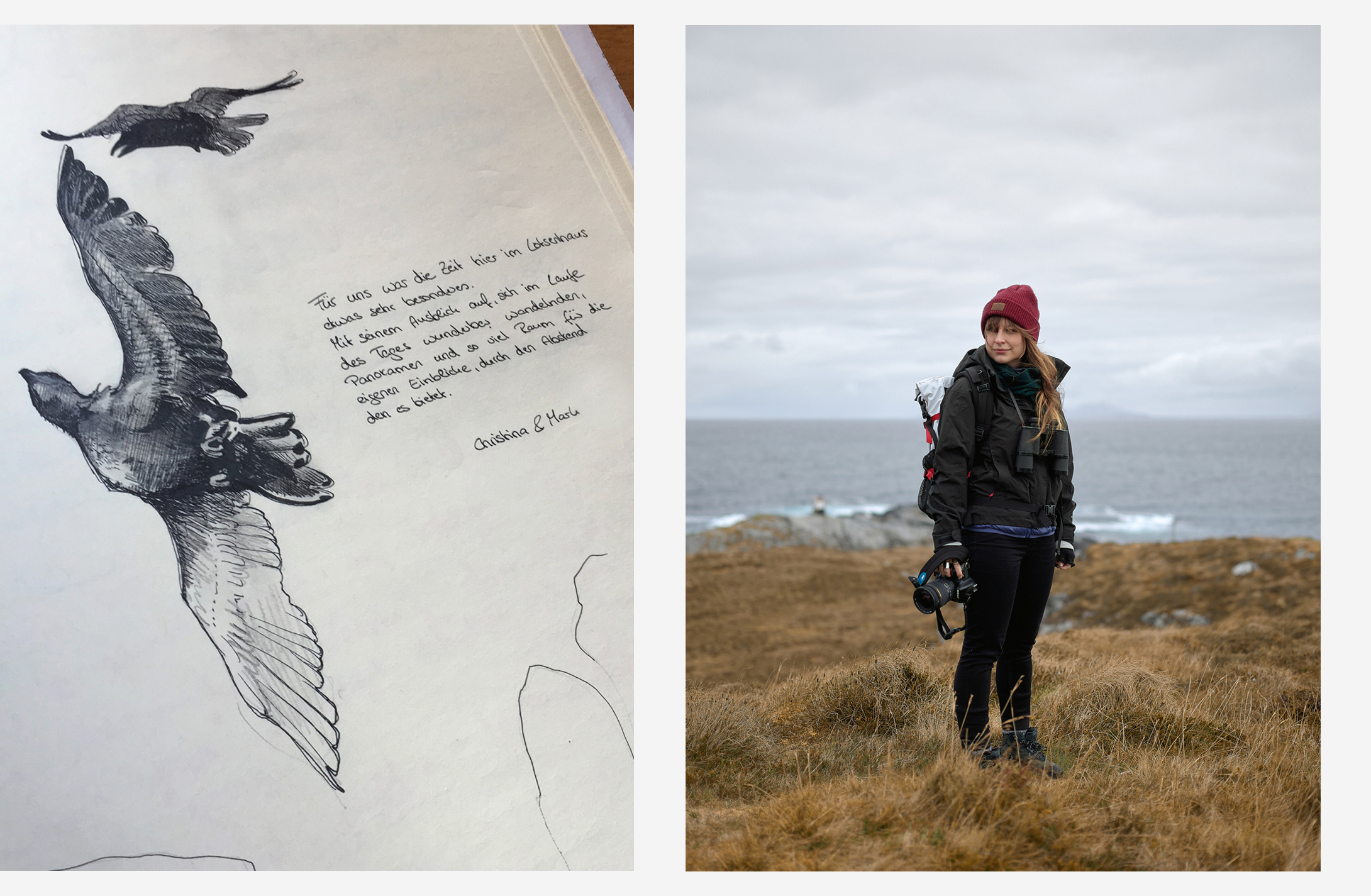 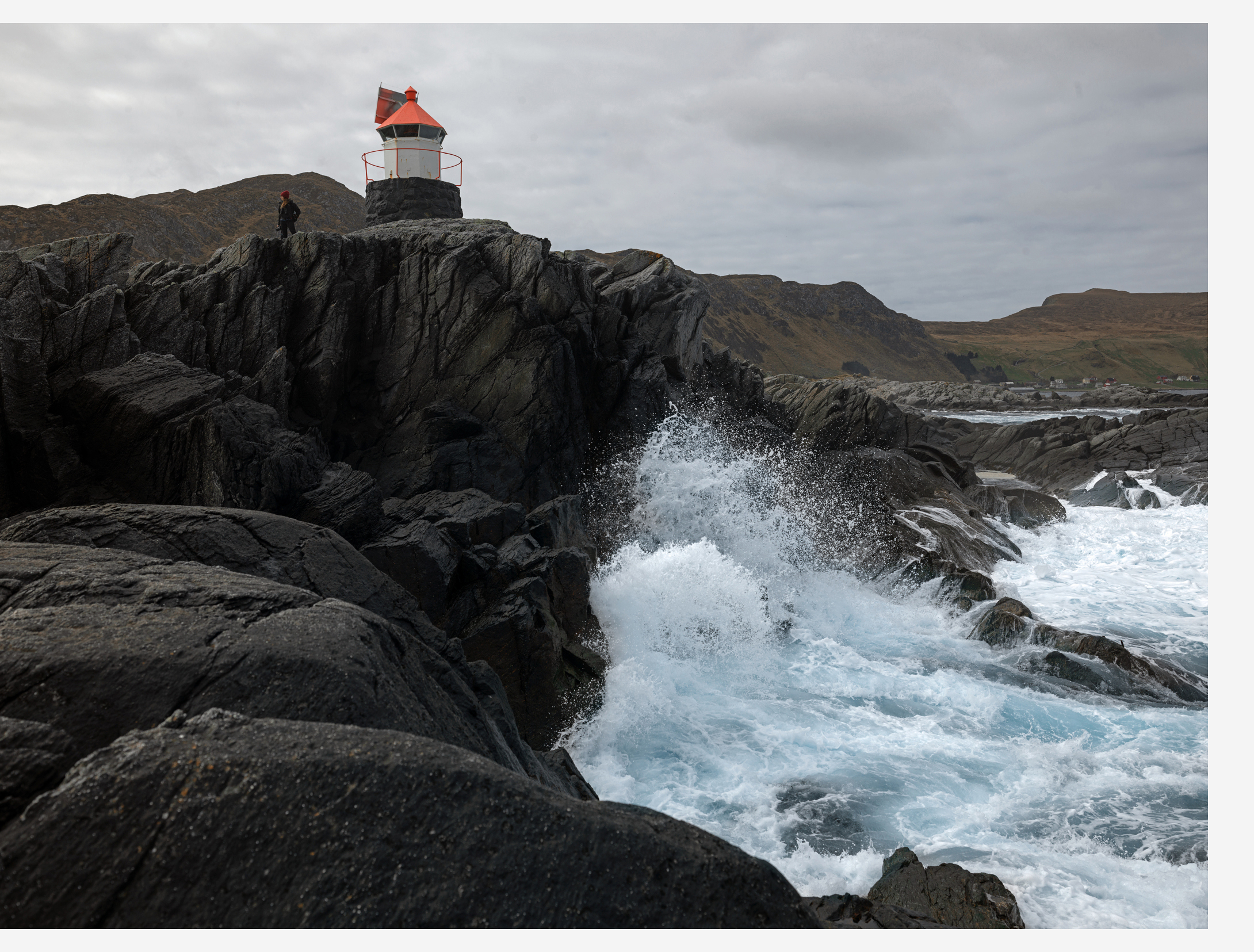 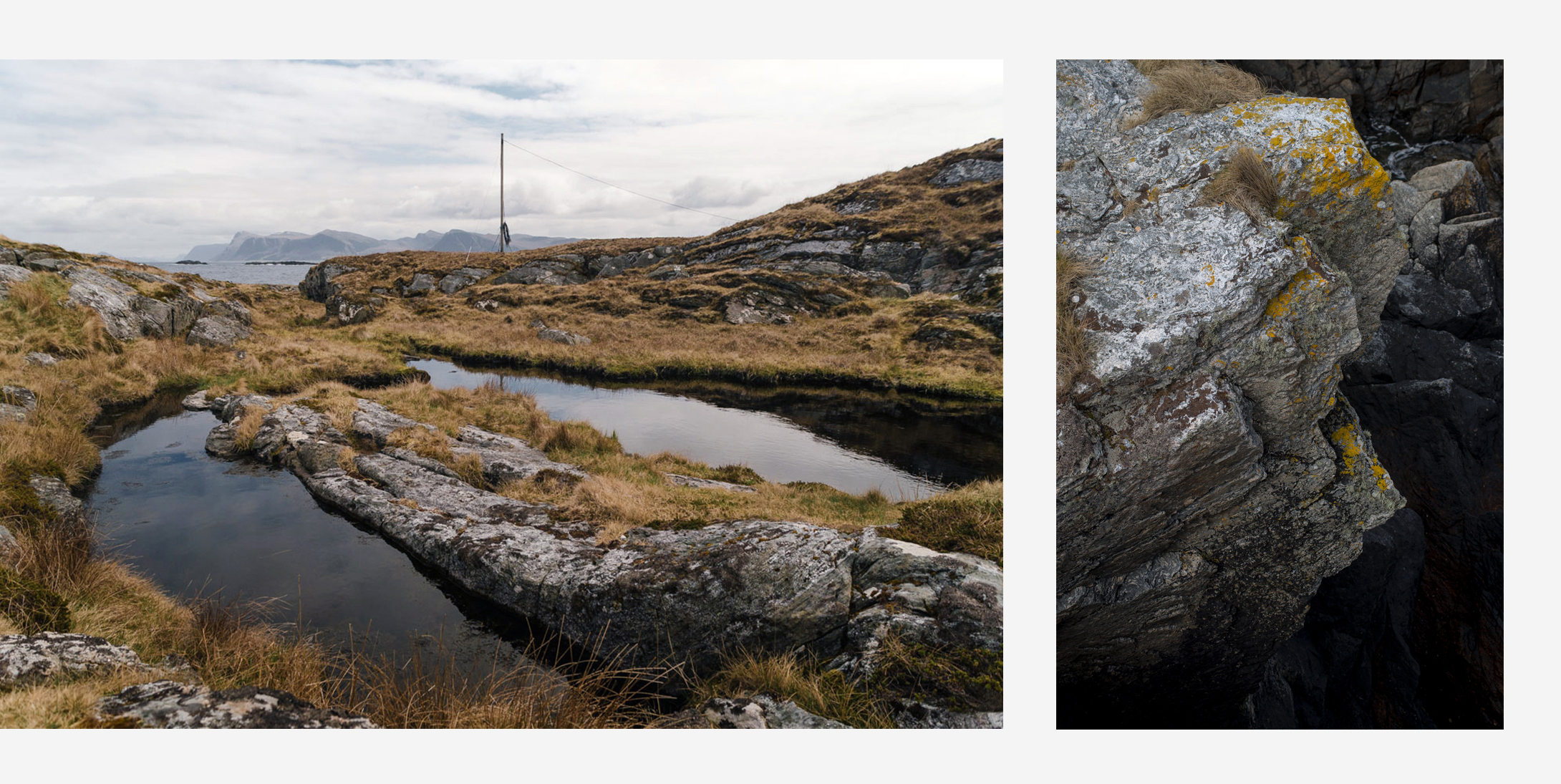 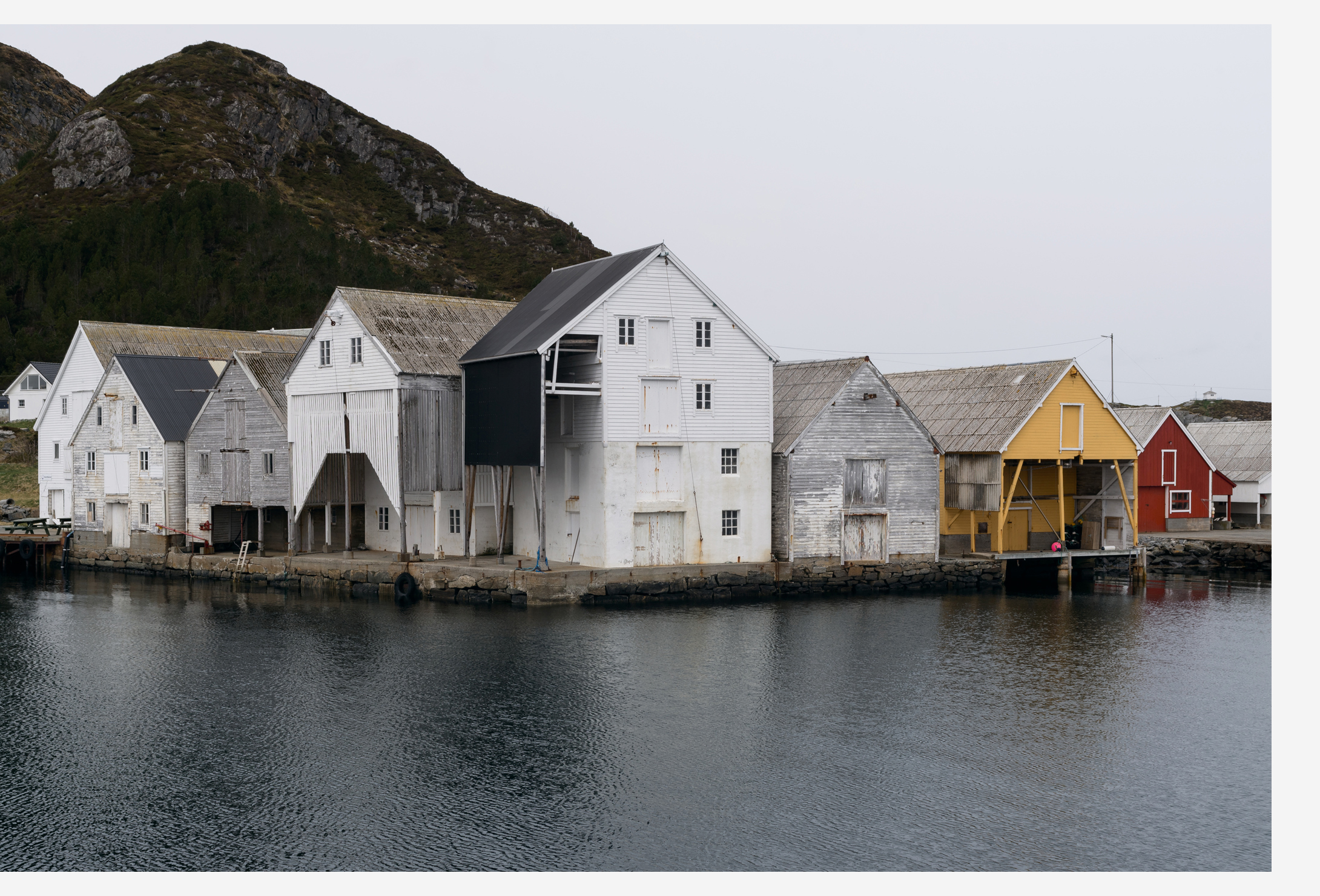 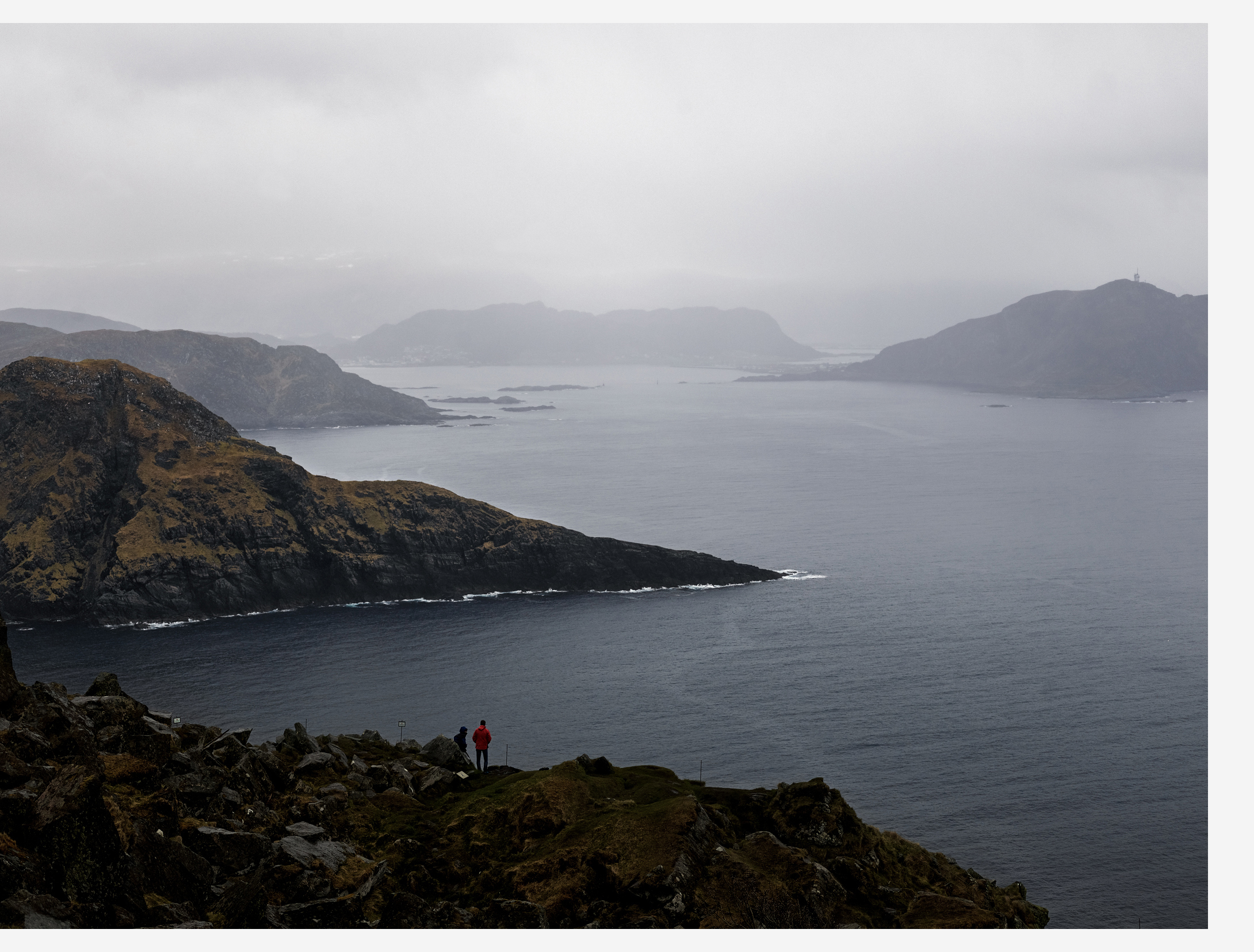 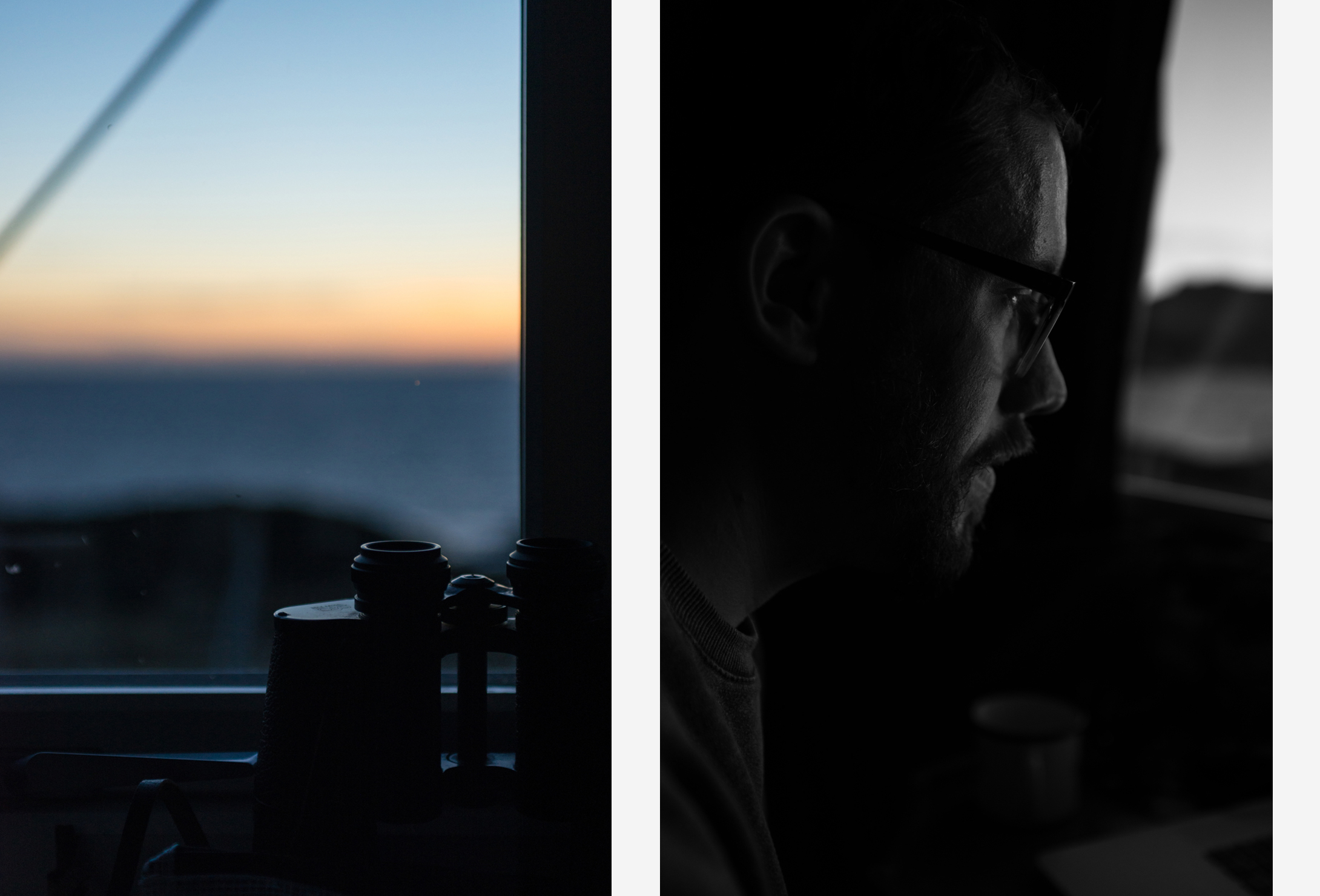 Completely unexpected we found a place, we knew we could stay forever.
The island of Runde, Norway.

Both of us had never been to Norway before. But with our known love for the wild and untamed Atlantic Ocean, rough coasts, solitary islands (and people), we expected to fall in love.
And yes, we did find those places, we found solitude and storms, we felt pure and alive and we did wish that we could stay many more weeks – or maybe forever?

Runde. A tiny outpost on the western coast of Norway, a little south to Ålesund.
To reach it, you have to hop over nine other islands, so you basically only end up there if you intend to.
Except if you totally didn’t intend to – but then get stuck in exhausting rainy stormy Norwegian weather and try to find the nearest campground.

We had never before heard the name Runde, nor did we know anything about it. I quickly looked it up on my phone, that told me:
„Runde is a little island, known for its bird populations.“
Then I looked up the route and burst out with laughter, when tiny Runde with its sole paved road appeared on Google Maps.
The island itself looked like a bird returning home from across the Atlantic.

So we past the nine islands, crossed the last bridge and followed the road almost until its end.
It was in the evening, we were exhausted, tired and hungry. We went asking for a cabin in the little shop we saw and we were lucky. Not only did we get a lovely home for the night, but also some food and drinks. And as we sat down with a simple plate of pasta watching the ocean in front of our window, we couldn’t have been more grateful.
That was also when we saw our feathered neighbour for the first time.

Falling asleep, we both knew we wouldn’t be leaving the next day.

In the morning we didn’t have to argue about it, and after our first coffee we quickly went back to the shop to extend our stay.
At first Inguna looked sad, as she had to tell us, a class of school kids was expected and all cabins were booked…
but then a smirk flew over her face and she said „there might be something…“.
She quickly asked Knut, her husband, then came back to explain that only few people are allowed to live in this „special place“.
When we followed Knut a few minutes later, a huge smile appeared on both our faces as we realised:
We would be sleeping in that tiny house, that we saw when we entered the island the day before. That tiny house, where we both thought
how cute it was and what a dreamy place to live. That tiny house, standing there on stony rocks, bracing the storms of the Atlantic.
That tiny house, formerly the pilot hut of Runde.

That is where we found our home.
We spent hours in our own backyard by the lighthouse.
Hiking on the black rocks, listening to the roaring water, watching the change from white to turqouise to dark blue and back.
The open water before us, the protective hill behind and in the middle our little perfect cabin.
Almost humble it was standing there, completely unaware of its importance to the sailors back in the day – or to us in this exact moment.

For us Runde became the one single place in Norway we’d be missing the most.
Not the majestic fjords, not the snowy mountain roads, not even the endless scapes of fjells and woods, where we also felt deepest bliss.
We dream ourselves back in that special little white wooden cabin by the sea.
On the island with its one single road that ends in front of a mountain.
To its birds, its sounds, its silence.

Its a longing we will have to answer, when once more we’ll drive over nine islands to meet the bird that crossed the Atlantic.